Janet Reger revolutionized the way women dressed. The East End-born girl, whose grandparents had escaped the Russian pogroms, became the most recognized name in lingerie of the 1970s and 1980s. She injected glamor and sophistication into the lingerie market until so boring, bland and beige. Princess Diana, Joan Collins and a host of other A-list celebrities were avid customers, and Janet Reger’s name has become synonymous with fine underwear.

After Janet’s death in 2005, her daughter Aliza took over the business. Having had her first introduction to the business – school holidays saw her working in the office stuffing envelopes – she inherited her mother’s fierce work ethic and has continued to drive the brand forward into the 21st century. . Petite and sleek – almost like a human Barbie doll with her long blonde locks – Aliza is impeccably dressed. But she is much more than the pretty face of the company, because she also has a good entrepreneurial spirit. As a child, she was sent to Jewish schools and had what she describes as a privileged lifestyle. She is very proud of her Jewish heritage. Her paternal grandmother was from Berlin and her father was raised in Munich. Her grandparents ran a kosher home and during the lockdown, Aliza found herself becoming more observant of Jewish traditions and customs.

Aliza and her mother Janet in 1997

A strong online presence has been increasingly important to the company, especially when browsing underwear rails in stores was difficult, if not impossible, during lockdowns. A long-standing relationship with Debenhams ended, but in 2020, just as the pandemic was taking effect, the company signed a new global licensing agreement with Hong Kong-based manufacturers Hop Lun, one of the biggest designers and producers of lingerie and swimwear in the world.

Always keen to redefine the Janet Reger brand to keep up with current trends, Aliza plans to offer more neutral pieces, while ensuring that plus size women are not ignored. She believes that in a world where the concept of sustainability is growing in popularity, eco-friendly fabrics will become more important to savvy shoppers.

For a business to thrive, it must evolve, and in a move that might have been considered predictable – given that petite blonde Aliza exudes glamor – she is now launching a collection of perfumes and home fragrances to add to her lingerie business prospers. She describes herself as a perfume addict. 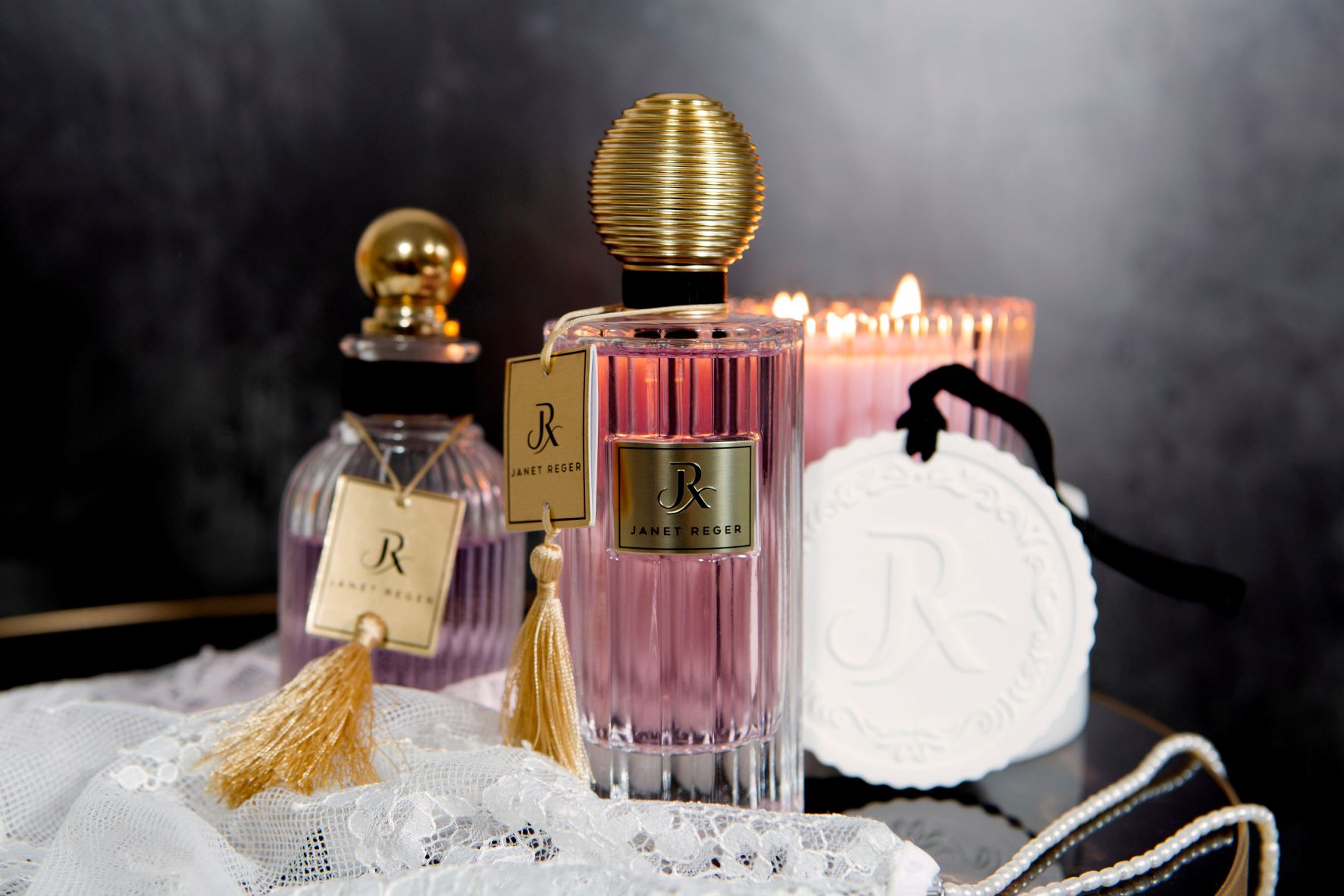 “Fragrance is just one of my favorite things,” she says. “I read that you never dress completely without perfume and Coco Chanel said that it is the invisible, unforgettable and ultimate accessory. It is also true that perfume holds the key to our memories. We know everyone that the slightest whiff of something immediately transports us to another time and another place, whether it’s the smell of the pastry or the perfume that our mother wore. For me, there are not too many perfumes or too many cosmetics, and you will certainly never have enough candles or scented diffusers in your home.

Aliza calls a cosmetics department “a magical place,” full of temptation, and an airport duty-free shop is simply irresistible. “It’s a place I can’t walk through without being distracted by all these wonderful bottles and I must have a lot of them. This is the most important thing about perfume: we all want to smell good and we all want our homes to smell good and we can’t get enough of it, as the sales statistics prove time and time again. »

Aliza partnered with fragrance company Laurelle London to create the new range and worked with renowned French perfumer Julie Pluchet to develop the scent. It is light and “powdery”, with notes of ylang-ylang, rose, lily of the valley, peony, musk and sandalwood. Aliza says that the time spent on this new project has been very pleasant.

“I was extremely excited to work with such a great team on a product that I love almost as much as lingerie. It never felt like hard work for a moment. Despite the many months we spent choosing and refining the fragrance, I was able to smell so many scents that I now truly understand the meaning of the term “blind nose”. We spent many months on the packaging – endless discussions about cream shades , the gold tones, the size of our pom poms!The final product both looks and smells delicious. 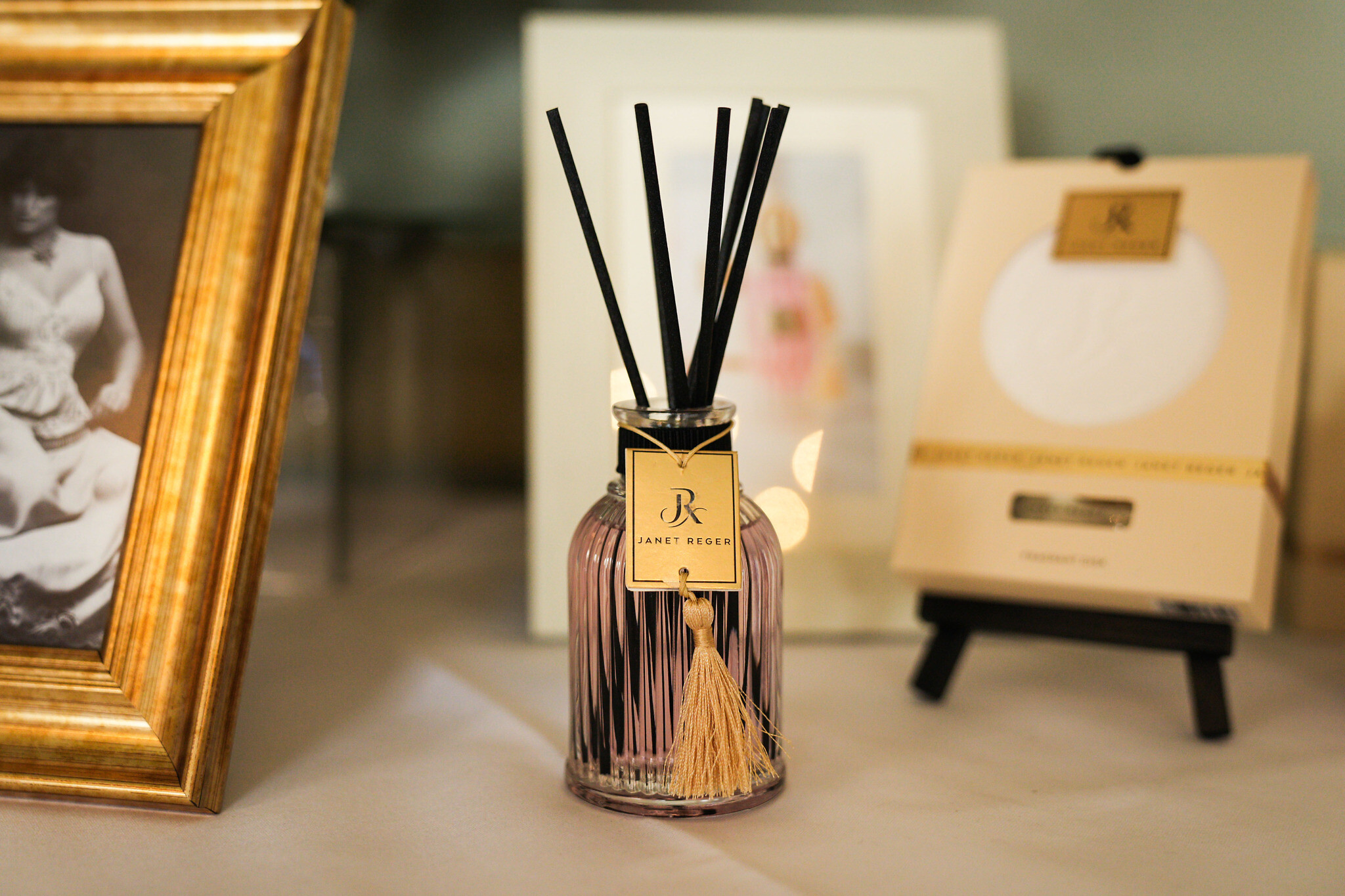 Unlike some perfumes and other scented home products, which can be prohibitively expensive, this new range (prices start at £12.99) has been designed to do more of what Aliza calls “affordable luxury “, something she considers important in these difficult times. time. “More than ever, we’ve learned that we need to be pampered, we need to cocoon, we need to feel luxurious, and that’s something the lockdowns have really taught us.”

Of the whole range – the diffuser, the scented candle, the eau de parfum and the ceramic closet disc – her favorite is the closet disc because “I love opening a closet with clothes that smell good”.

One wonders what his formidable mother, who died in 2005 after a long battle with cancer, would have thought of this new adventure in the world of perfume. Aliza has no doubts: “She would be thrilled and thrilled.”