You’ve probably heard that Brad Pitt released a skincare line. A few weeks ago, the Oscar-winning actor made his debut The domain: a rigorously edited, genderless luxury skincare brand, created in partnership with the French wine family Perrin, who are also his partners in the winery Pitt bought a decade ago. Ever since, The Estate has been making headlines, largely because of the Pitt connection.

In the era of Celebrity Brand™, Brad Pitt’s entry into the skincare game is both expected and confusing. Why would not one of the most famous and handsome men in the world sling skincare? But Pitt also seems reluctant, even cautious, to market himself as a beauty mogul. In the interviews, he expressed plausible deniability that he has more than the most basic skincare routine and expressed contempt for the term “anti-aging” despite the fact that the Estate’s claims revolve around slowing the aging process. At first, Pitt’s reluctance to really talk about skincare when interviewed about his own skincare collection seems a bit performative, but there might be some truth to it.

I asked Domaine co-founder Marc Perrin if the line would exist without Pitt. “We would have, but we would have looked for another partner because we’re too small to get into such a saturated industry,” he tells me. Perrin bristles at calling Le Domaine a “celebrity skincare line,” mostly because even though Pitt is a founding partner, it wasn’t exactly his idea.

Here’s the story: 15 years ago, Perrin’s neurologist brother decided to delve into the valuable antioxidant properties of grapes that the family has used for five generations in winemaking. He was curious to know which variety contained the most antioxidant power, which led him to Pierre-Louis Teissedre, professor of oenology, that is to say the study of wine and winemaking, at the University of Bordeaux. Thanks to their research, they have developed GSM10, a powerful antioxidant molecule derived from several grape varieties and now exclusively present in Le Domaine products. Then they met Dr. Nicholas Levy, a leading voice in the study of progeria, an extremely rare disease that causes children to age rapidly. This led to the development of ProGR3, a cocktail of vine-derived resveratrol, chamomile apigenin and green tea catechin that helps skin cells stay healthy. It is also exclusive to Le Domaine products. 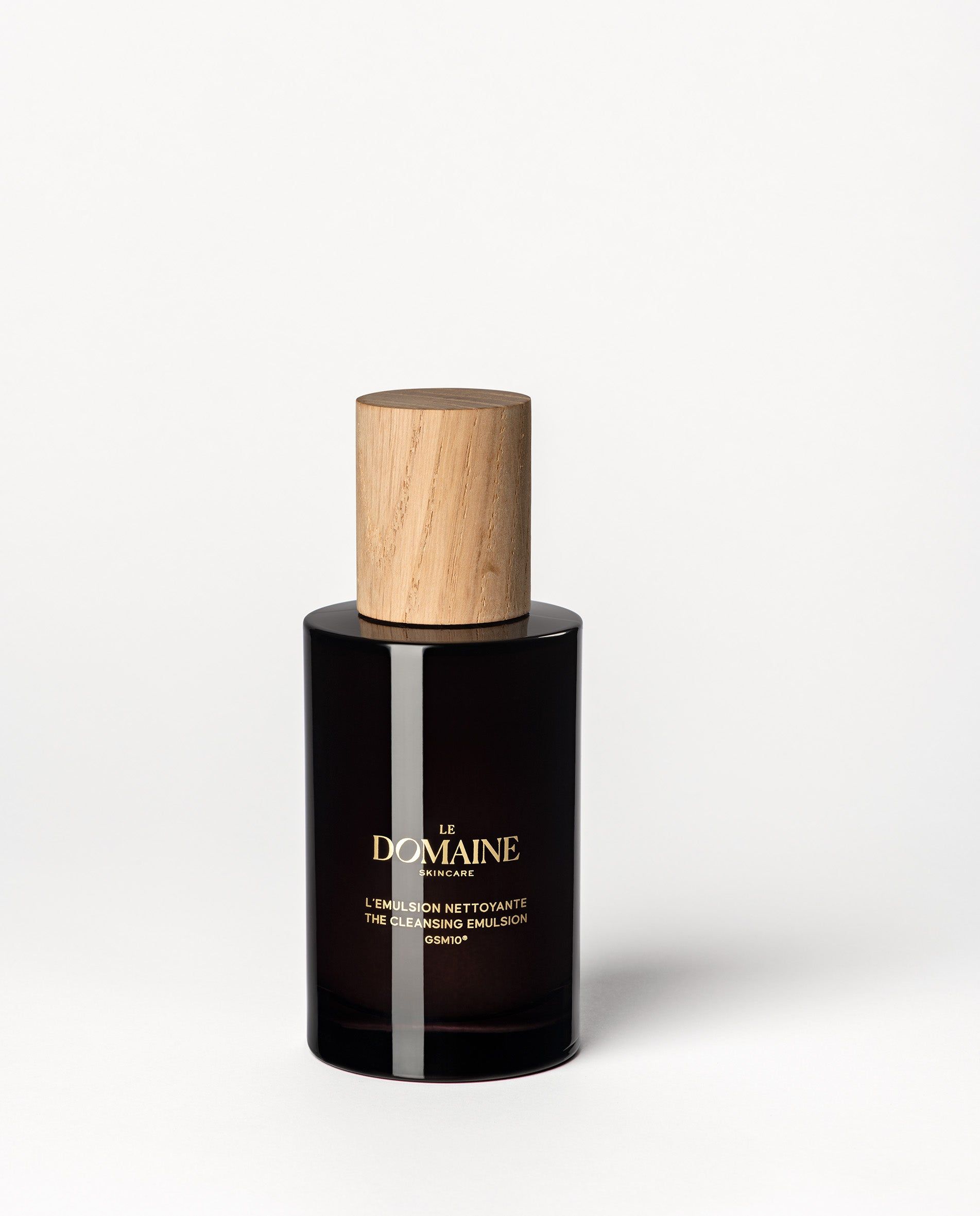 “We weren’t thinking about cosmetics at the time,” Perrin insists, but after extensive study and testing, the team knew they had something special, especially when they discovered that both molecules worked. in synergy (the two teachers were so enthusiastic that they are now partners in the brand). Only then did they pitch their idea to Pitt, who apparently signed on immediately because of the science. Another selling point for Pitt was that the Perrin family’s eco-conscious heritage would be represented in the products. The final versions – a serum, a cream, a cleansing emulsion and a cream fluid to come – not only contain the two exclusive molecules, but are also at least 96% natural, with ingredients like olive oil harvested in Miraval. Even the wooden corks of the glass bottles are made from old wine barrels.

This is all very interesting, but frankly, when it comes to skincare, none of this really matters unless the products work. So we got our hands on them and put them to the test. 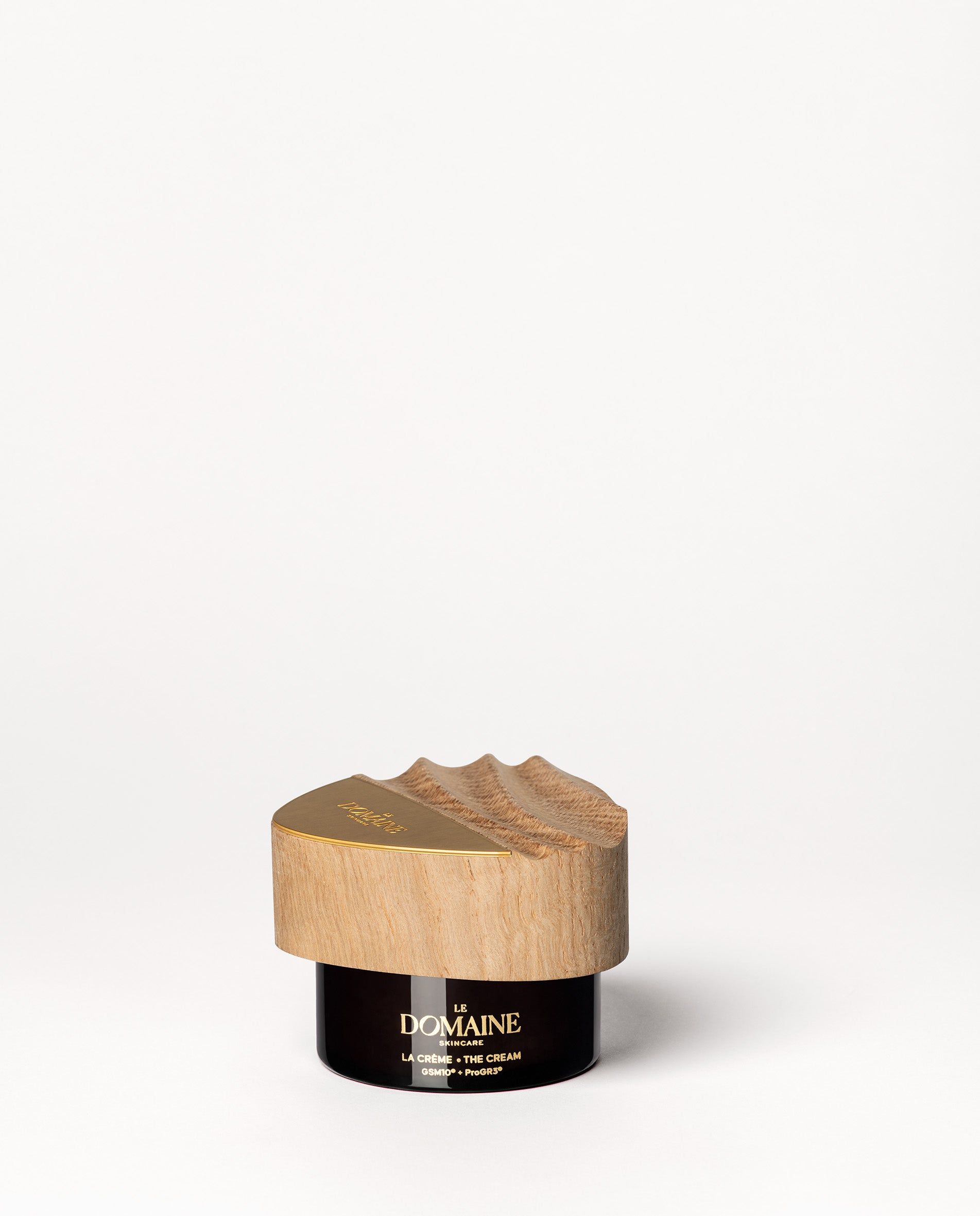 The design of the bottles, in which PItt was apparently very involved, corresponds exactly to what one expects from luxury products. They are heavy, sleek, with striking wooden caps that can be changed when the product is finished. (Although they are not technically refillable, loyal customers can buy the bottles without the wood pieces and reuse them). But they are also small. We’re talking about 50ml of cream (a little bigger than your average eye cream jar) which will set you back $320. “We are a luxury brand with a lot of science and research, so we have a high price tag,” says Perrin, defending the price. The serum, for reference, is only 30ml and still costs $385.

I used all three products almost exclusively for just over a week. And they’re all… adorable. Cleansing Emulsion ($80) is a gentle, low foaming cleanser that leaves my skin feeling clean but not too tight and still hydrated. The Serum ($385) is fragrance-free with a milky, gel-like texture that effortlessly smoothes my skin and absorbs quickly. From what I can tell, the immediate effects are mostly hydration – my skin feels smooth and moist right after I put it on. And Pitt’s favorite, Cream ($320)? It’s heavy and rich and subtly scented, the kind I usually reserve for nighttime or during really cold months when my skin needs more hydration. But I also use it during the day and it’s not heavy or greasy. It could be the formula or it could be that I only use the smaller amount because a larger scoop would empty the little bottle in a few days. 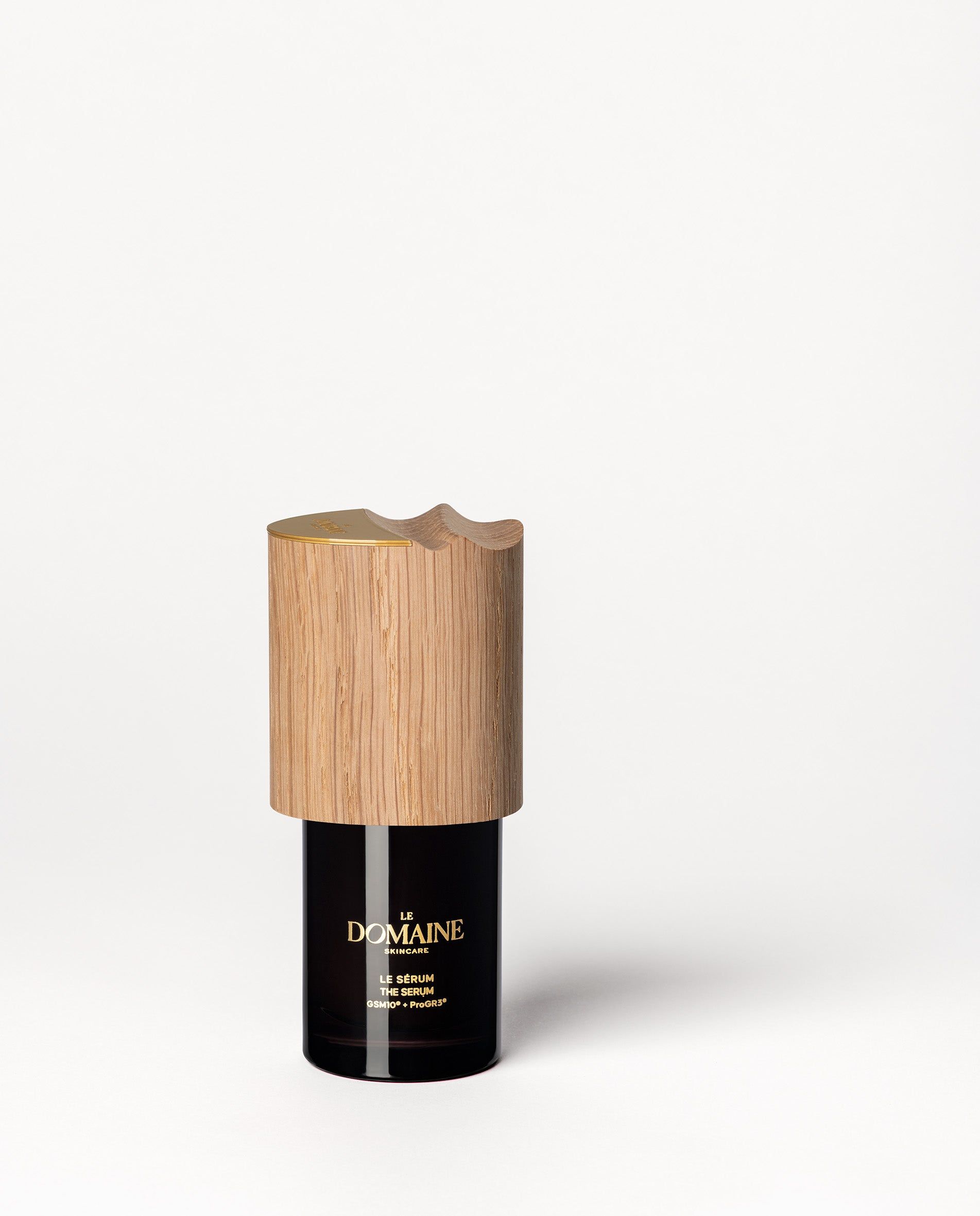 Overall, the experience of using the products is good. They are simple, easy to understand and just as easy to use. But the million dollar question: do the signs of aging reverse before my eyes like movie magic? No. But then again, to see skin care results, you usually need to spend six to eight weeks of regular use. So while the science is promising and the positive effects of antioxidants on your skin have been well documented, to me the jury is still out on whether Le Domaine goes to Benjamin Button. That said, if it’s good enough for Brad Pitt and his secret group of famous friends (the Estate’s publicist winks but won’t name names), then it might be worth a shot. If only I had an A-list income to support the habit.